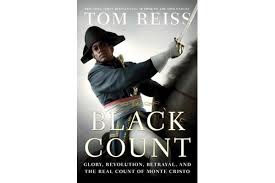 His father was a failed French aristocrat, his mother a stolen plantation slave from Haiti. The real life of Alex Dumas (the father of Alexandre Dumas, the author of the COUNT OF MONTE CRISTO) was full of suspense and action. He grew to his teen years on the island of Haiti. When he was fourteen he witnessed his father sell his mother and siblings into slavery and later witnessed himself being sold into slavery to book his father’s passage back to France. Yet through a miraculous turn of events his father redeems his son and gives him the life of a French aristocrat in Paris. The young Alex Dumas learns the arts of fencing and horseback riding…

This is the beginning but certainly not the end of the life of a man who lived between the two worlds of being a French nobleman and being a French slave. Throughout his life he would win the honor and respect of other men for his daring deeds on the battle field only to be rejected by others simply because of the color of his skin. He would fight in a revolution that sought equality for all men only to be forgotten by those whom he had helped the most.

This is a great book and well worth the read. It is a balanced biography that not only tells the tale of the man, but of the times in which he lived. I highly recommend it. I get my books from Amazon.com. Amazon has this book on sale right now for less than $19 for a Hardback and less than $12 in Paperback.