The idea of forgiveness can be a hard one to handle.  It is not always easy to forgive or even to ask for forgiveness.  Sometimes it seems like it is easier to harbor a grudge or exact our revenge than to forgive.  However, forgiveness is not just an option but it is a mandate for the Christian life.  We are told repeatedly in the New Testament that we are to forgive others as we have been forgiven in Christ. 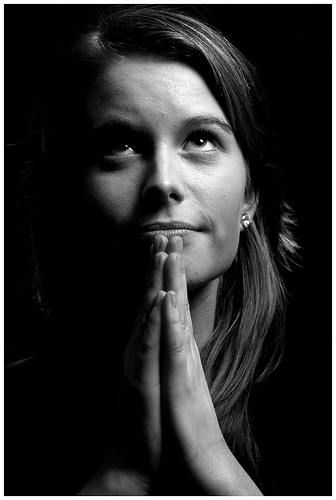 Peter once asked Jesus just how often he was supposed to forgive his brother.  He thought he was being generous when he asked, “Up to seven times?”  Can you imagine his shock when Jesus replied, “up to seventy times seven.”  Then Jesus told this parable.

“Therefore the kingdom of heaven may be compared to a king who wished to settle accounts with his servants. When he began to settle, one was brought to him who owed him ten thousand talents. And since he could not pay, his master ordered him to be sold, with his wife and children and all that he had, and payment to be made. So the servant fell on his knees, imploring him, ‘Have patience with me, and I will pay you everything.’ And out of pity for him, the master of that servant released him and forgave him the debt. But when that same servant went out, he found one of his fellow servants who owed him a hundred denarii, and seizing him, he began to choke him, saying, ‘Pay what you owe.’ So his fellow servant fell down and pleaded with him, ‘Have patience with me, and I will pay you.’ He refused and went and put him in prison until he should pay the debt. When his fellow servants saw what had taken place, they were greatly distressed, and they went and reported to their master all that had taken place. Then his master summoned him and said to him, ‘You wicked servant! I forgave you all that debt because you pleaded with me. And should not you have had mercy on your fellow servant, as I had mercy on you?’ And in anger his master delivered him to the jailers, until he should pay all his debt. So also my heavenly Father will do to every one of you, if you do not forgive your brother from your heart.”  (Matthew 18:23-35 ESV)

The point of this parable was to show the heart of God in forgiveness.  God does not forgive grudgingly because He is obligated.  He gives it freely!  Our God is a benevolent God!  He lavishes His grace and mercy upon the most unworthy people.  Just as the master did not owe his servant forgiveness of the debt, but had compassion and forgave the debt anyway, so God forgives us our debt of sin through Christ.

But when we are recipients of such extravagant forgiveness we are supposed to live with the memory of that forgiveness and let if affect the way we deal with others.  This servant got it all wrong when he saw the extravagant grace the master was capable of, yet still forced his fellow servant into prison to pay up.  When you receive abundant mercy you are to show abundant mercy.

In the same way there was another time that Jesus told a story of extravagant grace to teach us about forgiveness.  Do you remember the story about the lost son found in Luke 15?  A young man goes to his father and asks for his inheritance and leaves home.  Once he has been away for a while and has spent all his money he finds himself feeding pigs and even eating their slop just to get by.  He remembers his father’s house and how well the servants there have it and he determines to go home, not looking for forgiveness, just a place to work so he can be clean and eat a good meal.  But when the father sees him in the distance, he runs to the boy and orders a feast in his honor.  We understand the father in that parable to be God and the lost son to be a repentant sinner.  The boy had taken his inheritance and gone.  He did not deserve a feast.  He did not deserve a warm embrace.  He did not deserve his father’s forgiveness.   Yet, when he topped that hillside and the father saw his form in the distance … he ran!  When a repentant sinner comes to God, God is always quick to forgive.  He lavishes his grace upon us when we do not deserve anything from his hand.

The character of God is marked with the ability to forgive great debts and likewise the character of a Christian is marked with the ability to forgive and seek forgiveness.  Paul admonishes the Colossian believers in Colossians 3:13b, “even as Christ forgave you, so you must do.”  He also told the Ephesians in Ephesians 4:32, “be kind to one another, tenderhearted, forgiving one another, even as God in Christ forgave you.”  Each time the appeal for forgiveness is based on the character of God to forgive us.  We should forgive others, because we have been forgiven a greater debt.  In forgiving others we are displaying the character of Christ!  We are called to a lifestyle of extravagant grace.

We are to be like God in our forgiving.  This is tough stuff.  It is not really easy.  I wish it were.  The thing that enables us to forgive is not found with in us, it is rooted in the character of God!  I am free to forgive others debts against me because I have been forgiven my debt.