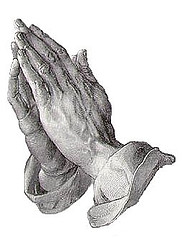 In the book of Malachi a scathing indictment is issued against priests who cut corners and received less than acceptable sacrifices from the people.  The priests were called to a special office of mediation between the people and God which made the charge against their office even more significant.  In Malachi 2:5-7  God reminds the priests about the covenant he had established with them through their fathers.

Pastors are not priests.  The pastoral ministry is significantly different than the ministry of Old Testament Priests especially considering the work of Christ.   Christ offered himself as the perfect sacrifice and now stands as the mediator between God and men (I Tim. 2:5, Hebrews 9:15, 12:24).   (This is one reason why we stand so staunchly against the Roman Catholic notion of priest as mediators and mass as a perpetual offering of sacrifice.)

4 Ways to Pray for Your Pastor

Though Pastors are not priests, there are aspects of their ministry that parallel the duties of the priests in Malachi’s day.  Pastors are responsible to teach and oversee the body of the church. (Piper does a fantastic job of fleshing this out so I won’t belabor the point.)  It is from examining Malachi in this light that I have pulled application from the failure of the priest in Malachi into four ways to pray for pastors in 2009.

So here is how I pray for myself and the other pastors I know: