This is a guest post by Jesse Campbell.  He is the Student Pastor at Heritage Baptist Church in Pensacola, Florida and is the Director of Percussion at Tate High School.

I am a jumbled mess of the right idea and good intentions. This is probably way too much information, but the counter next to my favorite toilet is piled high with open books; each stacked precariously on another so as to keep my places in each of them simultaneously. 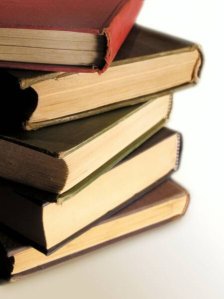 One is the memoirs of a Marine Lieutenant, another a dissertation on quantum physics that I don’t really understand, another John Eldridge’s latest attempt to stretch yet another book out of the same idea that spawned Waking the Dead, another Lee Strobel’s incredible The Case for Christ, and the miserably wrinkled bottom of the stack is a registry guide distributed by Wal-Mart to parents to be. How do they know when you’re about to have a baby and do we really need two Pack & Plays? In our foyer hang sepia tone pictures of complete strangers. A few rooms over, in my garage, sit dusty boxes with ready-to-assemble shelving systems and three surfboard racks that have yet to make it onto the walls. My house has quite a few half-finished projects. So did my mind until recently.

Even highly organized people will embark on a project of some sort, only to be diverted by…well, life. The unfinished projects in my head remained so for similar reasons. I never truly nailed down my stance on the whole Calvinism (the philosophy that God predetermines who will be saved) issue until this year. I carried unanswered questions regarding God’s perspective on the dimension of time through three years of vocational ministry. I couldn’t really answer the tough questions about God’s perspective on man’s prayers until I was married (which is funny because marriage is the kind of thing you pray about A LOT). Now, it’s not as though these questions were unimportant to me. Like my partially assembled garage door opener, I knew they were of great significance to my everyday life. But, the resolution of some tough questions was interrupted by my need to compose the music for Tate Drumline’s show or pull together the final details for our ski trip. This may sound extreme, but this kind of distraction is the work of Satan in our lives. It’s not that these distractions are inherently evil in and of themselves. Rather, it’s that they are not as important as the big questions in our lives.

How did the universe come to exist from absolute void? Where do you stand with God? Is Hell a real place? Do the rebuttals to the theory of evolution hold water? If so, what does that mean for you? Why do bad things happen to good people? With all the religions of the world holding claims to the truth, how do you know which one is true? These are examples of unfinished projects that even brilliant and highly educated people will carry around in their minds for decades.

Work out the unfinished projects because your soul may hang in the balance. Take the time to put these questions on the front burner and have the objectivity to follow the evidence wherever it takes you. Letting them slip into the obscurity that life can bring could be catastrophic. One wrong turn nullifies every turn that follows it and we’re not guaranteed tomorrow. So, go back and investigate as if your eternity in Heaven, Hell, or existential void depended on it because it does. Consider the risk you take by never fully resolving these issues or never giving them a fair chance in your heart. Is adherence to atheism (the belief that nothing spiritual exists) worth the risk of being wrong? Don’t take the easy way out and put a quick fix on a paradigmatic life issue. That’s like duct taping the garage door opener to the ceiling, buying the first set of tires you see, or drilling into a wall and just hoping you hit a stud…not that I’ve done one of those things. I’ve spoken with hundreds of atheists who base their beliefs about God on false assumptions or lies about Christianity. They think that science and Christianity are mutually exclusive and some have never even heard of the field of study called “apologetics.” They cite the writings of biased and bitter “former Christians” who do not personally take the very risk they so vehemently endorse. I’ve spoken with many agnostics who, by their own admission, have simply never taken the time to adequately ponder or investigate God’s existence. With these examples in mind, does my theory about Satan’s sabotage sound a little less crazy? If there is an enemy to God, then isn’t it in his best interest to keep people distracted from the big issues like Jesus and what you truly believe about Him?

I know that, if you were to really and truly put these questions on the front burner and commit to objectively follow the evidence to wherever it takes you even if that means dramatically changing your stance on something, you’d investigate your way to Jesus. Jesus said in John 14:6 that He is the way, the truth, and the life and that no one can come to God except through Him.

It all comes down to what you believe about Jesus. Jesus claimed to be the Son of God. Would you put aside the less important things in your life to make this Jesus guy and your beliefs pertaining to Him a priority? Heaven is a real place. So is Hell. Jesus loves you and that’s eternally more important and worthy of contemplation than is the plot of the aptly titled show “LOST.”